I’m Kamini Rao, from Bangalore, your go to person on all food matters.. well South Indian food. I want to study the art of changing experiences through the design of space. As naive as it sounds, when I grow up, I want to be the Indian Thomas Heatherwick.

Like most families, mine (the Rao’s) eat one compulsory meal together at dinner. Depending on the meal we split our week between the formal dinning table or lounging around the TV, subconsciously categorizing each meal within a vicious hierarchy where unfortunately Indian food from our region (Karnataka) becomes the mundane ‘everyday’ meal. At the top of the hierarchy we have the relatively exotic Thai meal and it’s close second, Pasta! Our table top is chaotic and for most Indians it’s a bit confusing. Each dish describes a different aspect of my life:

Brahmin Vegetarian – Plated on regular cutlery instead of a banana leaf, consisting mainly of rice and curry’s with an assortment of vegetables (too many vegetables), Catholic Manglorean – Meat, meat and fish! and globalized youth – (unfortunately) Dominoes or Mcdonalds.

Food, the single source of life has provided our family with plethora of happy memories but above all it has created a vast amount of anxiety. Ever heard of the phrase ‘Sharing is caring’? That concept does not exist in my family. There is a constant tug of war for the last creme brule, the ultimate family food fight. This inside of our fridge almost looks diseased with Post It’s scattered across Tupperware boxes, warding off strangers. And if one of those boxes were to go missing.. the reign of forks and knives begins.

How is it possible to have only three favorites? The torture of elimination! Dosa’s come in all shapes and sizes and the light, crispy kind is my favorite. It’s mainly a South Indian breakfast dish but has evolved into a popular street food that can be ordered any time of the day.

Sorpotel is a delicious dish made in the southern coastal regions of India, mainly Goa and Mangalore. Originally a Portuguese dish, it’s been adapted with Indian spices and made with pork (which is not a common meat). Rumor has it, not long ago, the dish was flavored with pig’s bloodÂ which terrified me, so it’s only a recent favorite of mine. 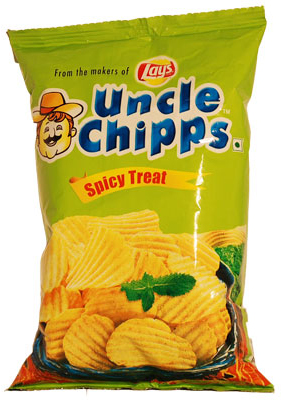 There are no words to describe Uncle Chipps. The explosion of flavor in your mouth is almost magical.

FoodLab Bangalore – is a 3 week workshop the Center for Genomic Gastronomy conducted with sophomores from the Srishti School of Art, Design & Technology in the fall of 2011. Students will examine innovation and conservation in South Asian food cultures, building on recent research of the Center (utopian cuisines, mutagenic meals) and working towards the next edition of the Planetary Sculpture Supper Club to be held in Bangalore on Nov. 12th.

Follow the conversation all week here on our Blog, join in the comments and use the twitter hashtag #foodlabbangalore to keep up to date.

‘Cultures of Biotech’ Art’s Work in the Age of Biotech, online Exhibition at University of Pittsburgh, US